A gentleman for all seasons

Twenty years ago, I am sure, we lived in a better world. Provocations to planetary violence were limited, the earth was cooler, technological vigilantism that we have come to have made a natural disposition of being human was absent. In short, it was a naïve, innocent and doubtlessly a friendlier planet. In the vast continuum of history, twenty years is nothing, not even a speck. But it seems that modern history has so accelerated its penchant for affecting change that twenty years now seem as weighty and experiential as two centuries. So, when I go back almost twenty years to a day I entered the English undergraduate programme at St Xavier’s College of Calcutta, it seems I am entering a pre- Lapsarian era, an era unaided by digitized memory-making, by post-a-minute social media frenzy, or by the habit of broadcasting life’s inanities in less than 140 characters. In short, when I look back at my years of knowing Prof Rohinton Kapadia, I am already in the realm of the literary.

In the twenty years since I first got to know Prof Kapadia well, the details blur. In these years, I have added a degree or two to my undergraduate certification, entered his profession as a young academic, had left it in haste and have gone back to it again. Many a time I have wondered what it is that has made me go back to teaching over time, like the home of the itinerant homeless; and every time a handful of prospects have managed to return with obvious and unquestioned authority. Prof Kapadia is surely one of them. He is hence not just a teacher in a decidedly impressionable period of my life. He is also a character in my private memoir — something like Mr Chips or Dumbledore or Professor Kirke.

Prof Kapadia had already become a sort of icon when we entered college two decades ago. Since I studied here my plus-II as well, I knew about him before many of those who would come under his thrall in the college days. I had an uncle who was his classmate at St. Xavier’s many years ago and peers who had told me about him. A usual conversation in the first days of college would go something like this:

“Once you start attending Prof Kapadia’s lectures, you will never regret having joined Xavier’s ”.

Two decades hence I do not retain youthful regrets any longer. Even if I still regret not having gone to Presidency, I am sure I would have regretted much more had I not attended the lectures of Prof Kapadia.

I do not recall much of the curriculum of those days but I recall Prof Kapadia having taught Lord Jim, Conrad’s problematic exploration of the western soul and Hard Times, Charles Dickens’ harsh critique of Victorian England’s unapologetic flirtation with Utilitarianism. I have not taught, in a regular class, either of them because none is my area of expertise. But if I did, at least for Hard Times, I would have a tough time finding better ways to teach than what I was taught. Prof Kapadia, and this part I remember distinctly, brought in a clinical method in reading Hard Times. It was a novel not to be understood only in terms of its emotional affect. It was to be intellectually deciphered. It was par for the course. And Prof Kapadia lived up to it with total alacrity.

From the vantage of twenty years, I do not see him just a student but also a professional peer. And from either of these positions, his credentials were impeccable. He, as is well-known, never missed a class; was always on time, entered the class with an air of confidence and commitment that was unfailing. He was rigorous in preparation. I do not remember him fumbling or unprepared to answer the queries. But as an academic now I remain as impressed as I was on the first days of his lectures when I think of the way he deciphered the fictional form for us, conceptualised his lectures and structured his entry points into the text. In these twenty years, the teaching of English at the undergraduate and postgraduate levels have undergone no less a paradigm shift. English has become widely inclusive, highly theoretical and contemporary a discipline. But none of that has managed to undermine the authority that Prof Kapadia had brought to the subject of his lectures. Mid-nineties English teaching, like most things of that almost- idyllic time, may have passed into memory. But Prof Kapadia’s sincerity and commitment would never have gone out of fashion. And it didn’t.

But he was taller than his lectures. In the initial years, it seemed that he was an unsmiling disciplinarian, a man without humour. But in later years we have, in our ways, been proved erroneous, again and again! He was so much of a fuller man than what he seemed during those airy lectures in room 16! His students, colleagues and associations have all seen his generosity, his spirit and his kindness. A younger me would never have gauged at it, but an older me also ponders upon Prof Kapadia as a symbol of a gradually retreating cosmopolitan Calcutta. He managed to soar above the mediocrities of the time, managed to subvert the sameness of the Bengali middle-class life that many of us were surrounded by.

A certain section of this city has always patted themselves on being bradroloks who must necessarily belong to a certain tongue. Prof Kapadia stood as a critique of that idea, as clinically as did his lectures. He was, in his gait and disposition, in letter and spirit, one of the few of the last true gentlemen. As we hurtle towards an aggressive, intolerant and inconsiderate celebration of a perversely prolific time, we might soon not even know what it is to be a real gentleman anymore. When that hard time finally makes its appearance, we might want to go back to that eminently literary figure who walked tall and smiling on the corridors of St. Xavier’s. 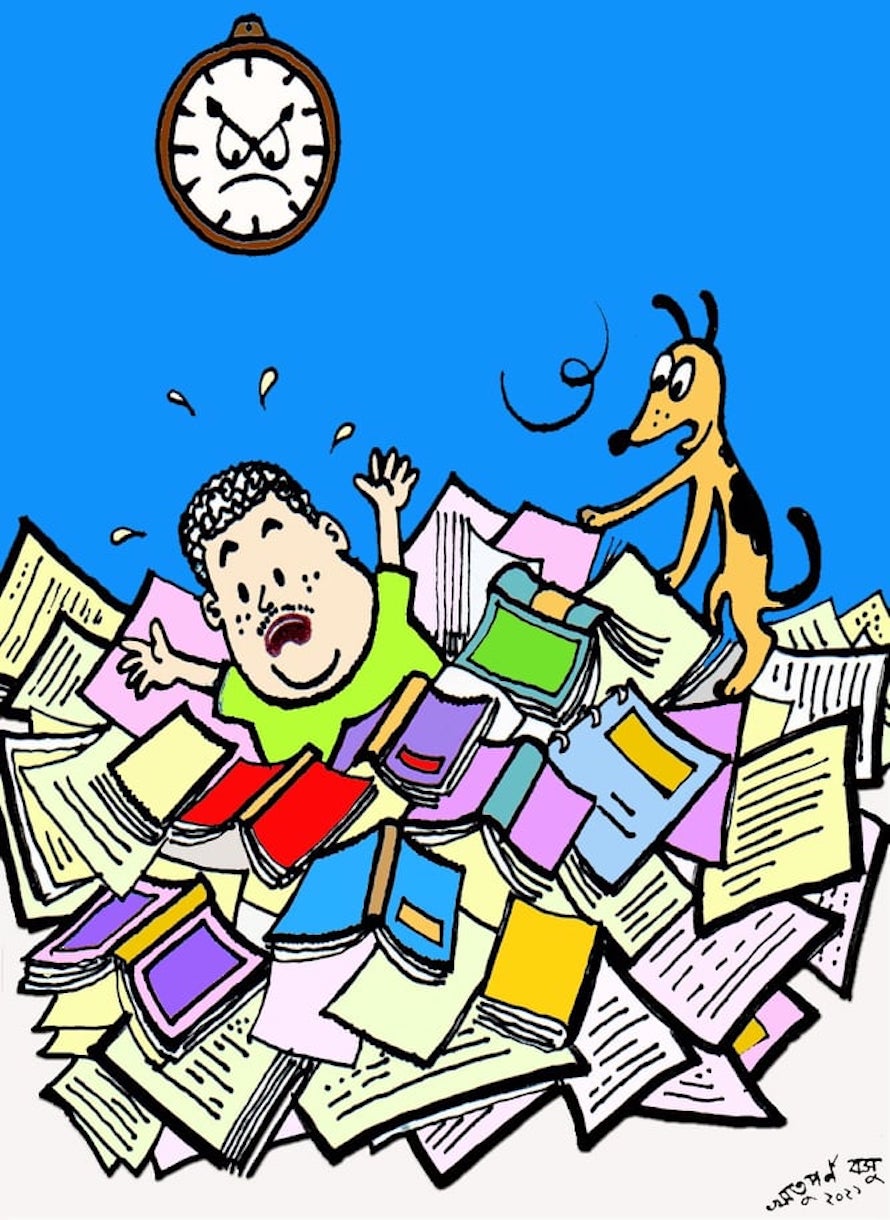